X-GuardS is a security anti-robbery system for the staining of money, which is one of the most effective technical means for the prevention of robbery, where in the course of business operations, a greater amount of money is handled.

The X-GuardS security smoke unit with a high concentration of powder paint that generates up to 30 m³ of very dense smoke is placed among banknotes. Due to the ultra-thin smoke unit, it can be inserted between two banknotes so that the unit is not visible to the naked eye and is virtually impossible to detect without a detailed and time-consuming inspection.

The system is based on continuous encrypted communication between the smoke unit and the integrated transmitter or transmitter system in the room in such a way that at the taking of money from the room, the smoke unit is triggered which generates up to 30 m³ of colored smoke. The consequence is colored money, which makes it unusable, and at the same time robbers are stained, which often makes it easier to find the perpetrators.

The high concentration of colored dense smoke greatly complicates the escape of the robber, as the robber warns about themselves on the street, and it is also not possible to operate the vehicle, as long as the system is activated in the cab of the vehicle.

By using special microparticles with a unique engraved mark, which can be inserted into the paint, it is easy and precisely to determine the place of the robbery at any time upon receipt of such a colored banknote.

Because of the encrypted unique communication between the smoke unit and the transmitter immune to sabotage, the system also resets if the robber puts away the money in the room even before activation. The motion detection system installed in the smoke unit protects the device against accidental triggering. Thus, there is no fear that the system will be activated in the space where the signal of the transmitter is located.

WHO IS X-GuardS INTENDED FOR?

X-GuardS  is designed to protect cash wherever cash exchanges are carried out between employees and clients and to safeguard cash in vaults. 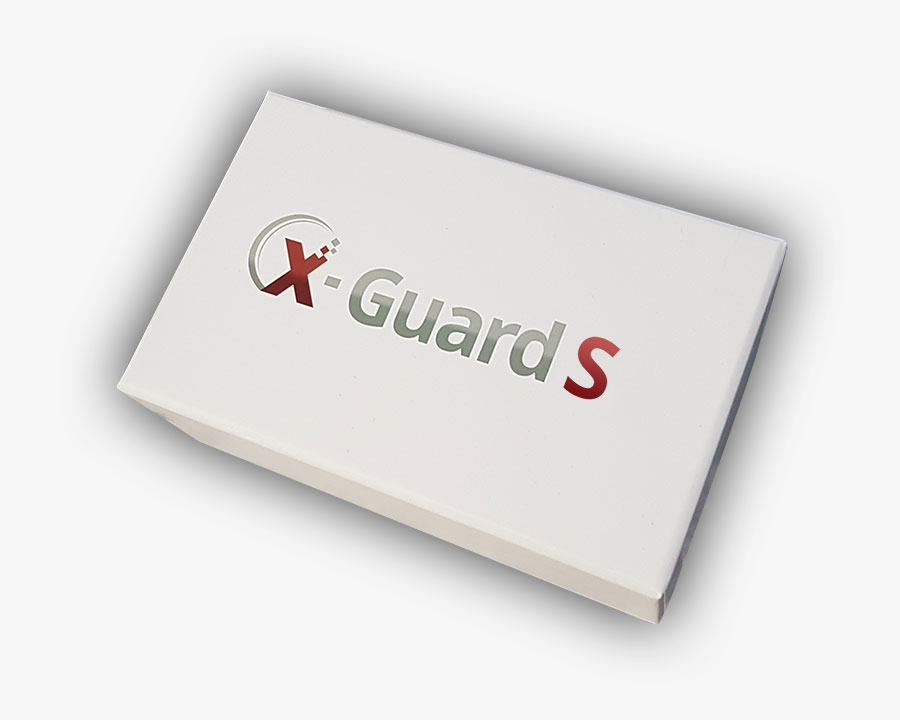